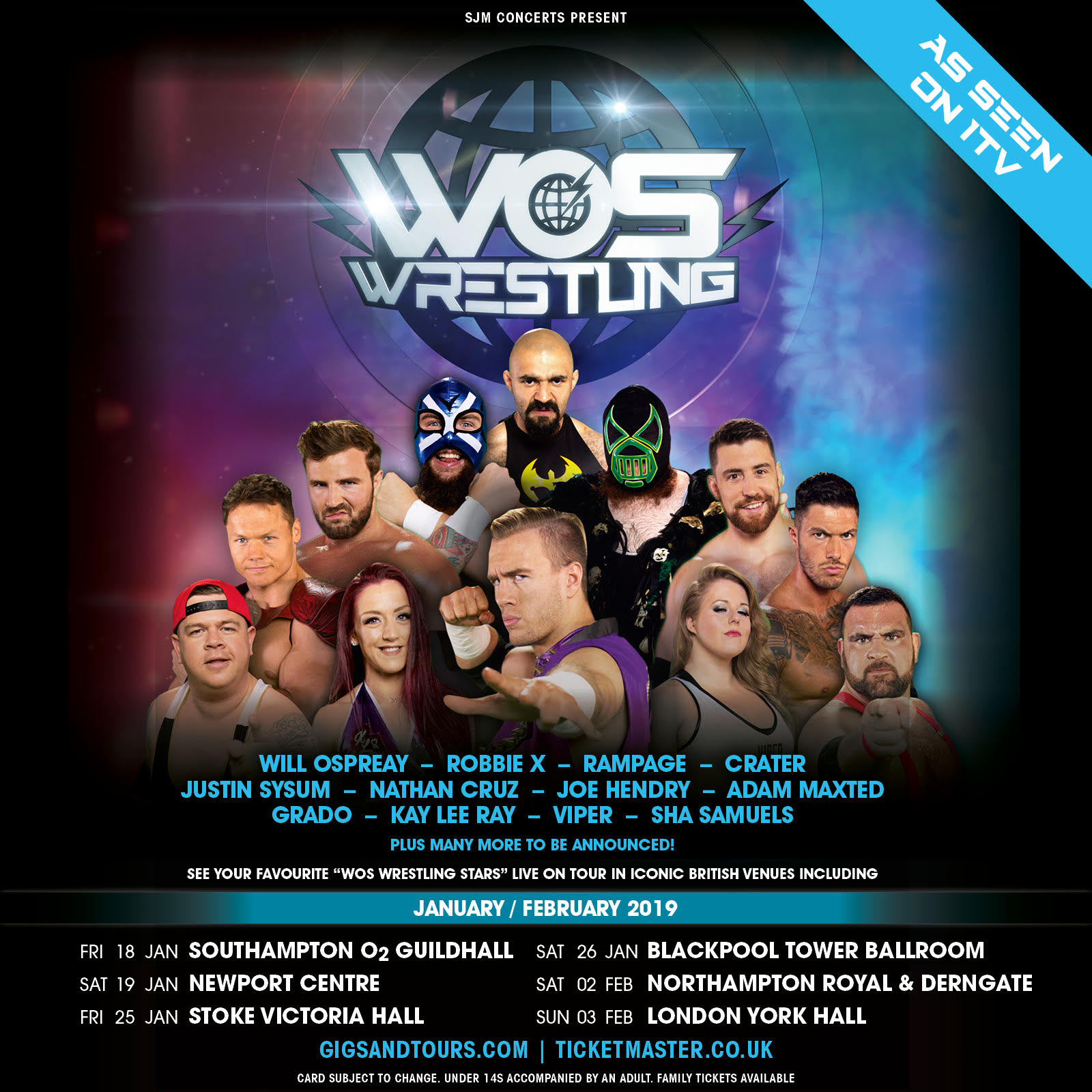 BACK WHERE IT ALL BEGAN!

WOS Wrestling made its triumphant return to ITV this year for a 10-part series, the opening programme brought in 1.2 million viewers making it the highest-rated British wrestling TV show in over 30 years.

Following its huge success you can now see your favourite wrestlers live in the ring for the first time in decades as WOS Wrestling announces a six-date UK tour for January/February 2019.

Bringing Saturday evening entertainment to the live stage the tour pays homage to the original WOS Wrestling – British wrestling at its best. Expect family friendly entertainment with highly anticipated battles and maximum action from some of the UK’s top wrestling talent who will compete in a fun-filled, exciting show for all the family to enjoy.

The tour will visit intimate venues across the UK that are steeped in wrestling history. Kicking off in Southampton at O2 Guildhall on Friday 18th January it will then head to Newport, Stoke, Blackpool, Northampton and commence at London’s York Hall on 3rd February. The full line up will be announced in the coming weeks but it promises to be a stacked roster of some of the biggest names in the sport.

TICKETS FOR ALL DATES ARE ON SALE NOW